The first thing that stands out about Simon Li, CEO of Feoso Oil, is his energy. During his conversation with The CEO Magazine, he talks enthusiastically about a recent trip he took to a remote Chinese village to perform charitable work. He describes where he went as “the poorest of the poor”, where farmers grow pitaya heavily subsidised by the government. 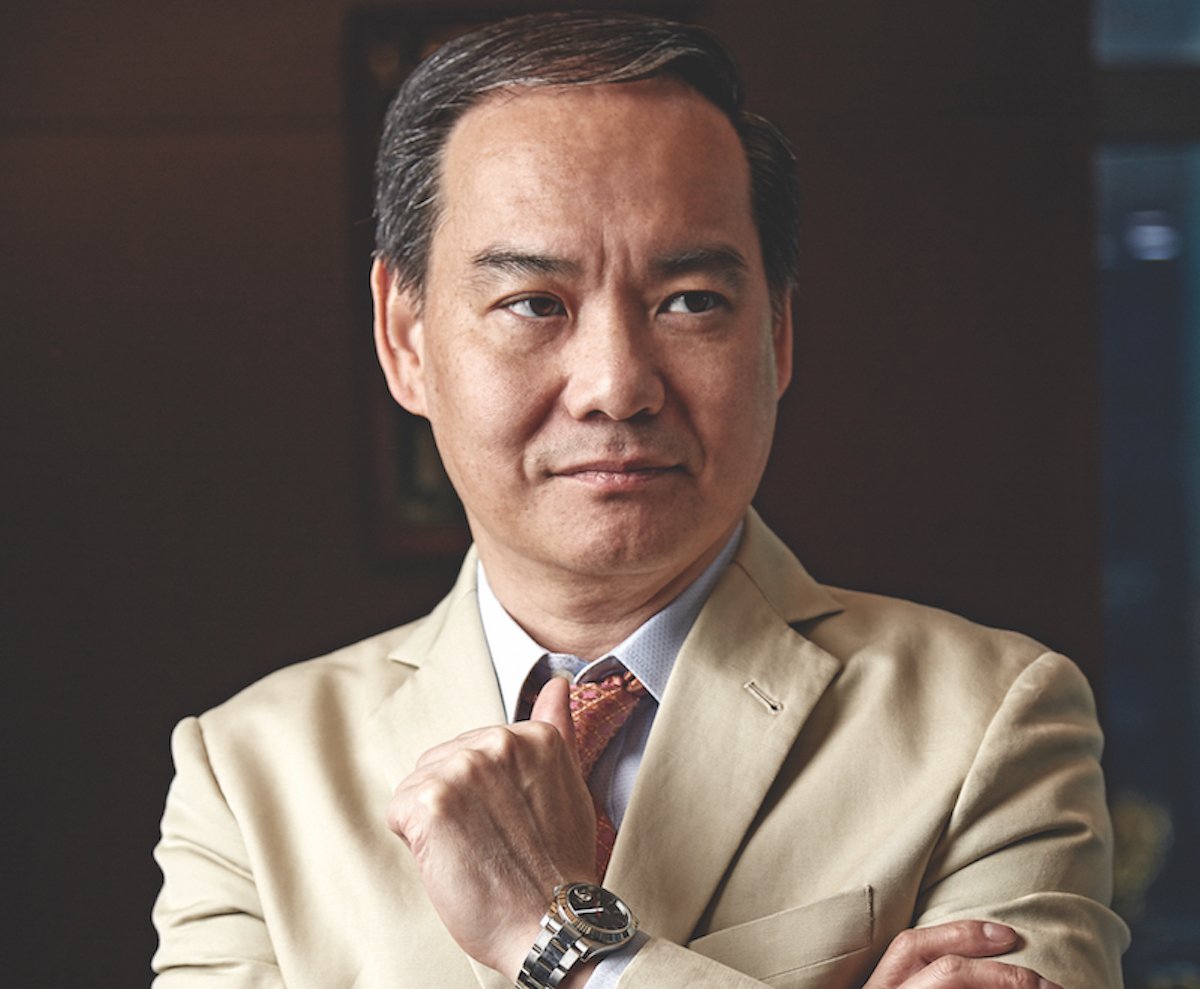 “The villagers don’t know how to store or distribute it, so it perishes without a cold-chain infrastructure. What I did was provide logistical help, showing them basic things like how to safely store the fruit.”

It’s a story that speaks to Simon’s adventurous, busy lifestyle. He’s constantly occupied and says of himself, “I make a living with what I get, I make a life with what I give.”

He stresses that point and begins to talk about other exciting things he’s done in the last week, including a ride in a Rolls-Royce in Beijing and sitting down for an interview with CCTV. After a few minutes, he somewhat absent-mindedly asks, “Should we start the interview?”

Born and raised in Hong Kong, Simon left school determined not to work a standard desk job, saying, “I fell in love with people rather than machines.”

That led him to take a job in London in the 1980s, where he helped facilitate trade between Europe and the then newly opened Chinese economy.

Sanctions prompted by the Tiananmen Square incident brought business to a screeching halt, though, and after working in stocks and securities trading in the UK throughout the 1990s, he eventually took a job with Feoso Oil – “on the 3rd of February 1996 to be exact”.

A conglomerate with a strong presence in Singapore, the Feoso Group specialises in diversified energy interests, with headquarters in Hong Kong and locations throughout China, Malaysia, Japan, the United States and Singapore. Simon has been CEO of Feoso Oil in Singapore for more than a decade now, overseeing the conglomerate’s oil interests, and in that time has proven himself to be an industrial leader with vision. 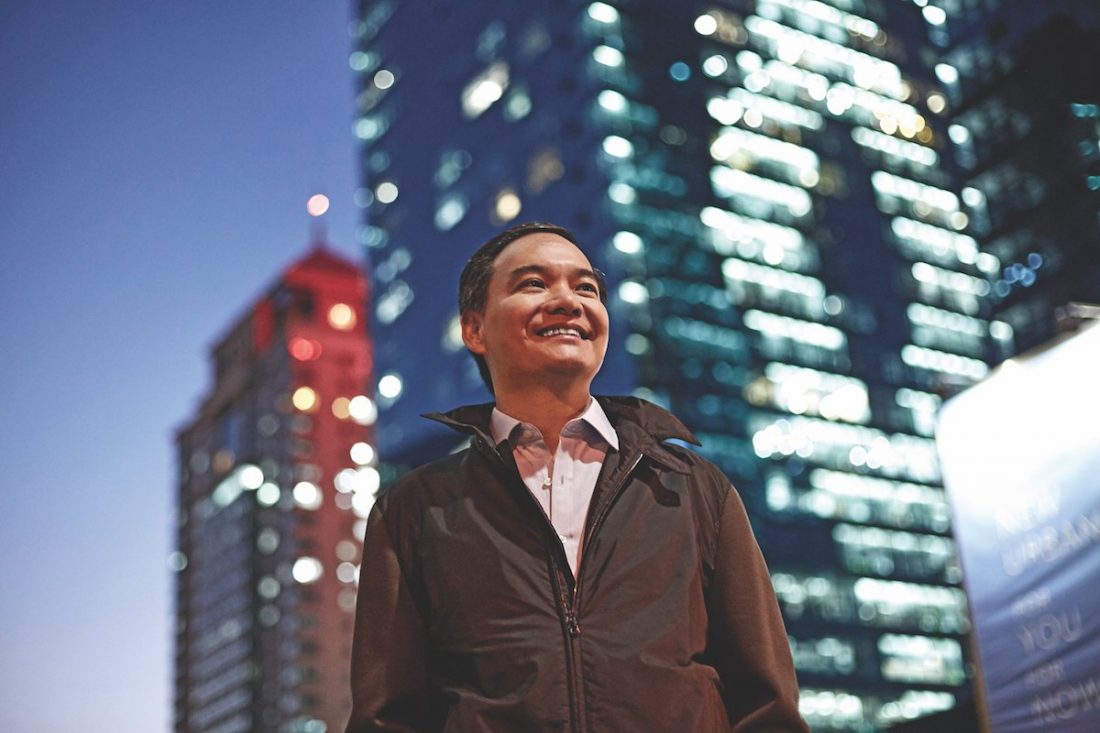 “Since I began here, I’ve broadened my strategic horizon while enhancing my credibility with my peers, suppliers and customers.” The results are self-evident; within a year of his promotion, Simon oversaw a 172% increase in turnover to US$1.45 billion, which he credits to his aggressive and proactive approach towards corporate restructuring and business expansion.

That zeal, vigour and inquisitiveness has shaped Simon’s policies as CEO. One of the signature marks of his tenure has been the company’s consideration of environmental issues, driven by Simon’s empathetic and diverse worldview. “We only produce and sell environmentally friendly products,” he says, “and we pay attention to conserving energy in production by engaging with certified energy management professionals to study and optimise our processes.”

He cites “the frequency and severity of climate-related calamities” as reason to act, adding, “both political and business leaders alike must champion environmental protection. It’s not an option.” When it comes to shaping the direction of Feoso Oil, Simon has worked to expand the company’s presence in China. “The more I travel, the more I’m made aware of the opportunities in China.”

In saying that, he doesn’t view pivoting towards China as an opportunity as much as he does an imperative for all businesses. “Since my appointment as Chairman of the China Business Group in 2012, I’ve met with delegations every year that have helped me to understand firsthand the need to engage there.”

Simon is aware, however, that if Feoso becomes too heavily intertwined in the Chinese market, the company risks becoming overly reliant on the country for business and therefore vulnerable to trade tensions between China and the US. If sanctions and tariffs escalate into a full-scale trade war, Simon doubts that Feoso would be spared.

“We need to work together as an industry to address that issue. In the meantime, I must hope for the best and prepare for the worst.” Simon’s unequivocal about solving the issue on an industry-wide basis; he’s quick to point out that looming tariffs don’t just pose a threat to him, “they pose a threat to everybody”. 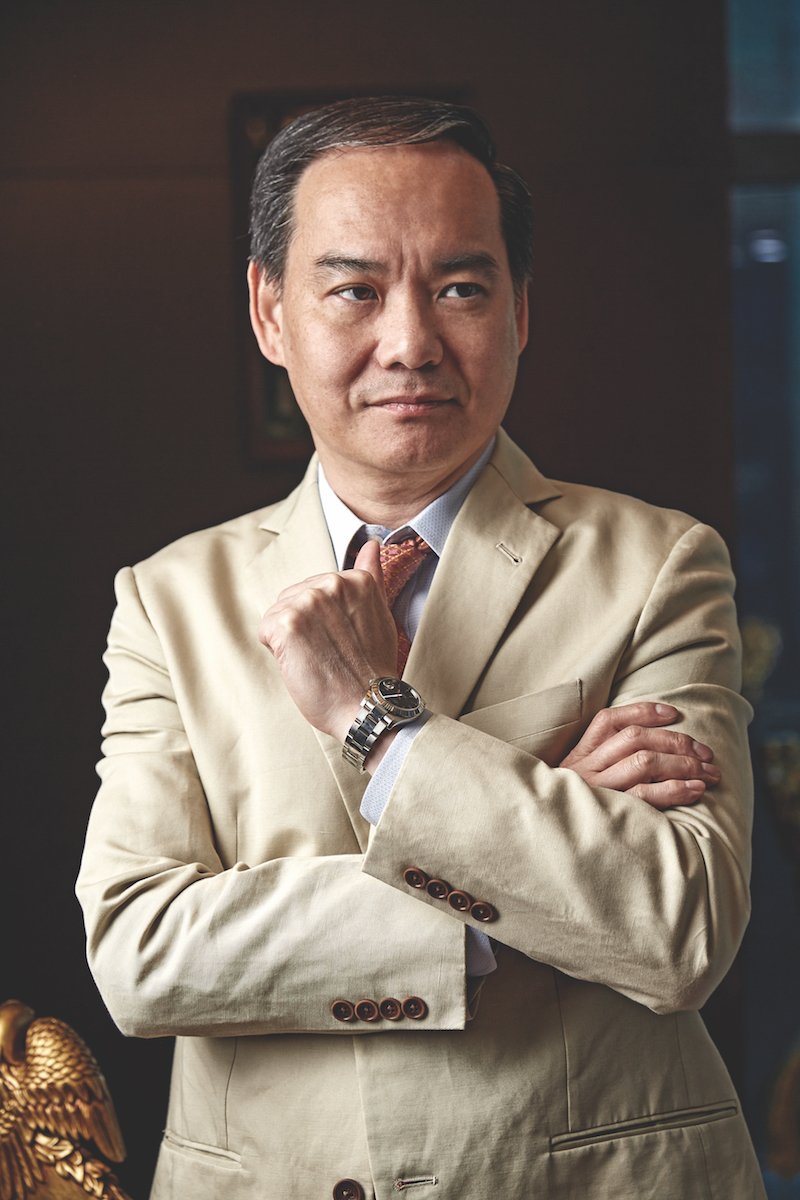 When pressed on the matter, he admits that he doesn’t see these concerns as his biggest challenge. Instead, it’s his own wandering eye, and the lure of entrepreneurship that he must often contend with. “I’m tempted to become my own boss, especially as I make friends that value my experience and who are willing to finance new businesses,” he says.

“To them, my human capital is worth more than their financial capital. I must admit though, that as an executive, my skillset might not be the same as an entrepreneur.” For now, he’s happy where he is. “I think that I’m creating more economic value to society working as a senior executive in a big organisation than if I were an entrepreneur.”

“I think that I’m creating more economic value to society working as a senior executive in a big organisation than if I were an entrepreneur.”

With so much going on for both himself and Feoso Oil, it’s not as if he needs the freedom of entrepreneurship. He’s full of quick anecdotes, skimming gracefully over achievements in his life as if they were footnotes.

He mentions that he undertook a doctoral scholarship at the behest of Singapore Manufacturing Federation’s secretary general; at another, he casually lists his more than decade long tenure as Chairman of the Energy and Chemicals Industry Group of the Federation.

He reveals in passing that he’s a team chess player, “having once represented the UK in an international tournament in 1993”. He’s a whirlwind of experiences and insight, and one might expect that he’s exhausted by it all.

“It can be a struggle to juggle,” he says, as if he’s never considered it. “Regardless, I find my life to be very meaningful and rewarding.”