The past 12 months haven’t been the easiest for the agriculture and livestock industry in the Philippines. Along with grappling with the effects of the COVID-19 pandemic like the rest of the world, the country, along with many of its South-East Asian neighbours, has had another outbreak to contend with: African swine fever (ASF), a viral disease that has high mortality rates in pigs and wild boar. 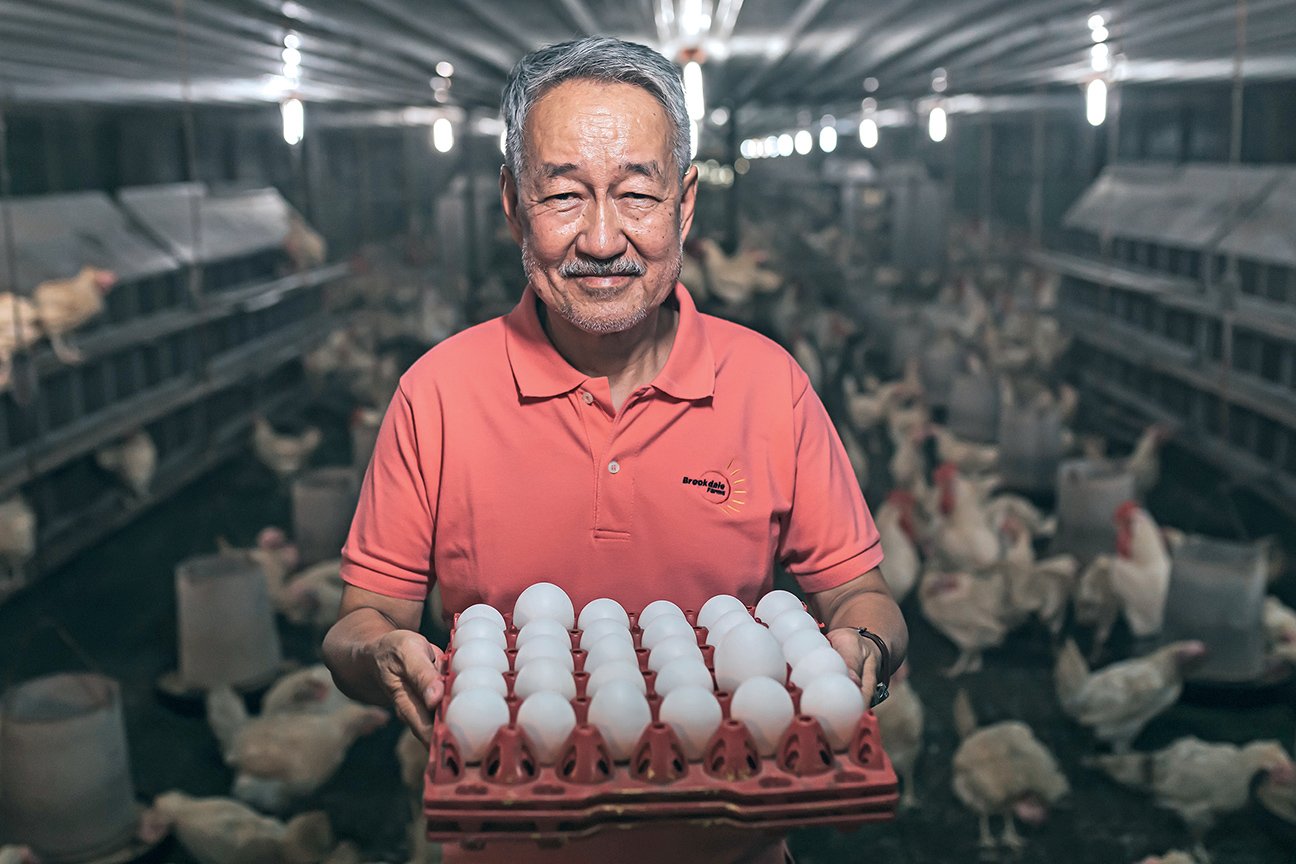 For businesses like the Brookside Group of Companies, it’s a situation that has threatened its two greatest assets: its people and its livestock. Brookside CEO Juanito Ho, or Chito as he prefers to be called, tells The CEO Magazine that in order to protect against the spread of both viruses, the company has made significant investments in security.

“Along with two distinct streams of biosecurity for our animals and for our people, we have also invested in automated feeding systems, collections and grading,” he reveals. “We have also digitised all our monitoring, remote viewing, controls, auditing and management.”

Such initiatives also extend to the delivery and logistics of its bestselling table eggs and other products. “We have worked to minimise direct contact with our customers, while working even harder to maintain the same level of excellence in our services despite the difficulties.” For Chito, with reduced prices and the market saturated with product, there was only one way to describe the period: “a calamity”. “For us, 2020 brought a double whammy,” he admits. “If people are not going out, they’re not buying pigs, eggs and meat. We really lost a lot of money.”

However, while many fellow swine farming businesses have been forced to shutter, Brookside can see the light at the end of the tunnel. “We have been lucky to survive it,” Chito acknowledges.

It has been nearly 40 years since Chito’s family set up a small, 13-hectare piggery farm with just 50 sows on a former sugarcane plantation in the province of Tarlac. As the swine side of its operations flourished, the family decided to venture into layer poultry farming.

Over the past 12 months, Chito says funding has also been directed towards the area of consumer safety and food quality. “We’ve made sure that by the time our products are sold, they are antibiotic-free,” he explains, adding that minimising the use of antibiotics and pesticides is part of its corporate responsibility.

Today, with more than 300,000 (and growing) layer chickens and a sow population that is on track to reach 10,000 by 2028, it is one of the biggest players in the industry, and supplies poultry to restaurant chains such as Jollibee, Cindy’s Bakery and Red Ribbon Bakeshop.

Chito says it’s Brookside’s reputation as a long-term and loyal customer that has helped keep the business afloat during the COVID-19 and ASF period.

“Unlike other businesses that switch suppliers the minute they get an offer that’s lower by a couple of pesos, we don’t, and we never will. When we buy a product from you, you’re assured that you’re entering into a long-term and mutually beneficial partnership with us,” he explains.

A graduate of Manila’s De La Salle University with a double degree in human behaviour and business management, Chito is also an entrepreneur with a proven track record in startup companies. He is also the Founder and Chair of not-for-profit organisation Antonio & Carolina Ho Foundation.

This meant that Chito could have honest and transparent conversations with suppliers to extend the usual terms of contract.

“We designed and agreed on a fair payment scheme and committed to it,” he says. These strategic partnerships allowed the business to manage its cash flow. Funds were directed towards the setting up of virtual home offices, as well as the payouts that were due to employees who regrettably had to be let go.

The sustenance packages included credit on eggs, chickens and pork so they could establish a small sari-sari (sundry) store in their neighbourhood should they wish. “Because of these relationships, we pulled through,” Chito asserts. Even though he was living in the US when his family first established Brookside in 1982, Chito has always been a figure the business can rely upon.

“I’ve always been more of a troubleshooter than anything else because of the people I know, in politics, law enforcement and government,” he says. CEO since 2017 and Managing Director for the 12 years prior to that, he has been directly involved with Brookside since the early 90s.

It was Chito who was behind two major milestones in the company’s history: the 1994 foundation of Brookdale Farms Corporation (which has now become one of the best and largest producers of high-quality layer breeds in the Philippines) and, a decade later, of the inauguration of Brookside Breeding and Genetics Corporation, the swine genetics production operation.

We’ve always thought of ourselves as a family-oriented corporation.

While commercial swine and day-old pullets (young hens) still remain its core areas of business, Chito says that looking forward, the company is planning to create new sources of revenue through meat processing and seafood products such as prawns, crabs and tilapia. “We have already started small-scale operations,” he shares. 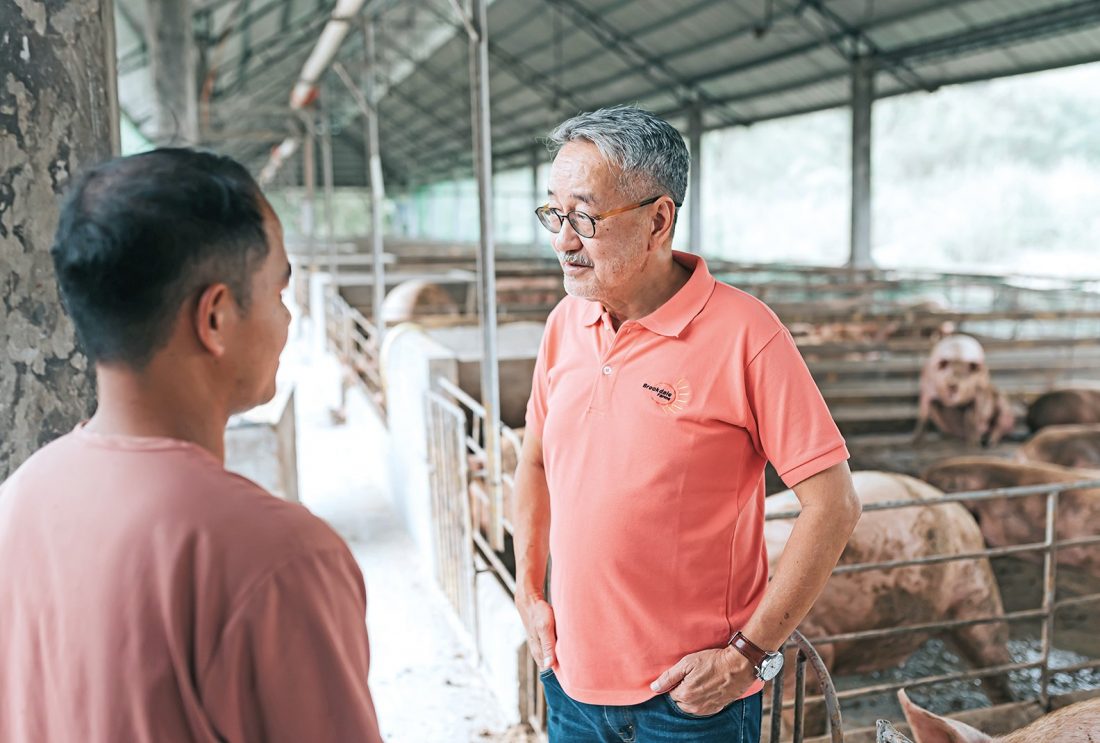 “We’re closely monitoring it to see how it works out.” Chito says that it’s Brookside’s dual identity as both a family-oriented and corporate business that gives it the leading edge in the marketplace.

Along with employment terms that include healthcare and pension incentives, he explains that the company has recently initiated a Bayanihan – a term describing the Filipino custom of civic unity and community spirit – project to allocate several hectares of land to employees to plant vegetable gardens, to offset the effect of rising fresh produce prices.

“We’re also providing all the seeds and the fertiliser,” he says. “We’ve always thought of ourselves as a family-oriented corporation. We care for our people.” 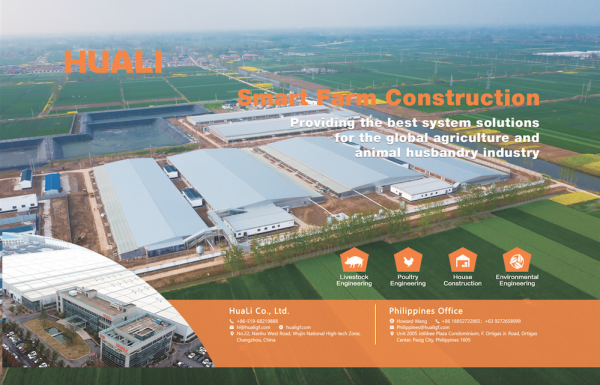