【力达工业】Taking Armstrong to the Moon and Back: Phyllis Ong

Despite growing up around the family business, Phyllis Ong admits that she never had any intention of following in her parents’ footsteps. “I never thought I’d join Armstrong,” Phyllis tells The CEO Magazine. 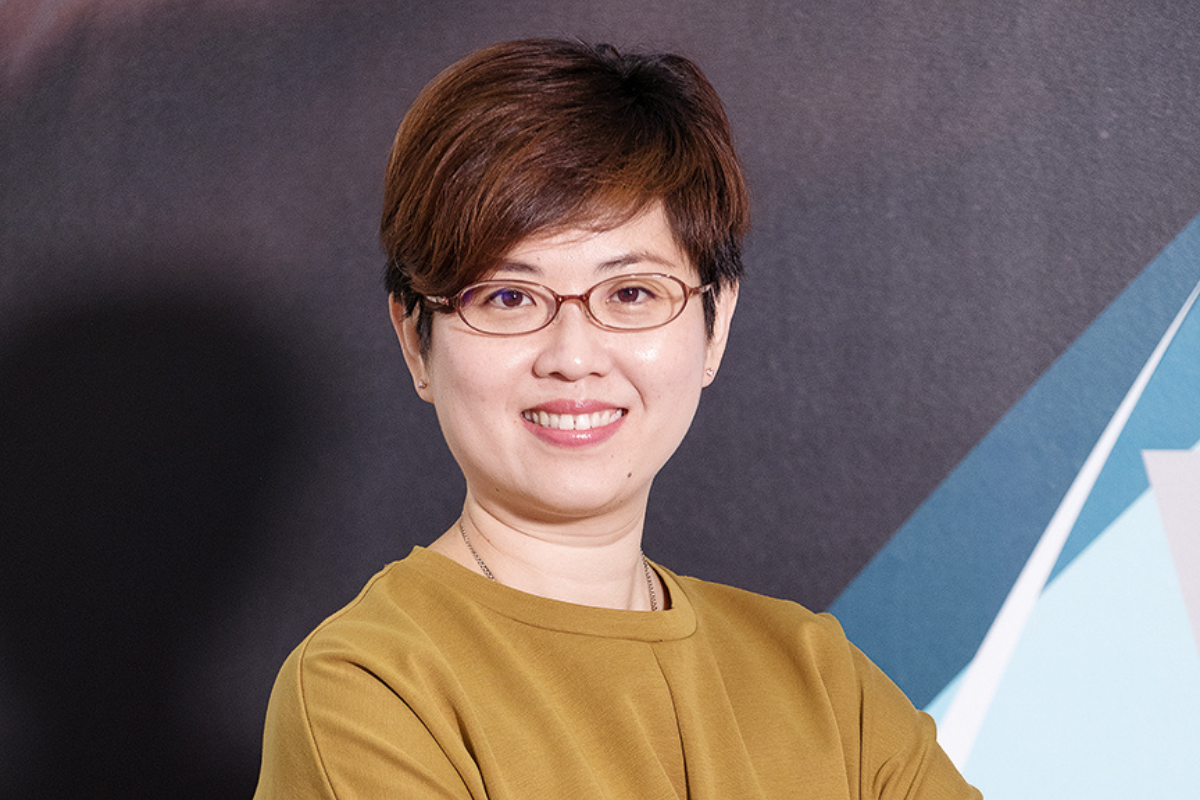 “Even as a kid, I was never involved in the business, and I didn’t understand what my parents did. I just knew it was something to do with foam and rubber, but I wasn’t really interested in finding out more. Of course, it was always an option to join the business, but my parents never expected us to. They were quite chilled out – they were happy for us to find out what we wanted to do.”

So instead, Phyllis forged her own path, totally separate from that of her family. She started out in business consulting, working for Arthur Andersen, before relocating to fastmoving consumer goods – the parent company of personal care brand Nivea – where she stayed for nearly eight years, doing brand management and operational work.

In 2007, she was headhunted to join Johnson & Johnson as Regional Marketing Manager. However, after less than a year, Phyllis’s plans were thrown into disarray when she was presented with an unusual opportunity.

“A friend of mine was somewhat lethargic from managing a vegetarian restaurant and he wanted to go back to law – and I was keen to step in,” she explains. “At that point, I was 30 and I thought, ‘Maybe it’s time to try something different.’ My mother also knew of a guy who was looking for a partner in a fashion business, so concurrently, I left my job at J&J to run both a restaurant and a fashion business.”

We have to learn to respect each other and give people equal opportunities.

While the unplanned change in direction was undeniably thrilling, Phyllis admits she may have slightly underestimated the complexity and difficulties of running a restaurant and a fashion business. “I’m an active person and thought it might be a good thing to learn to do while I was still young,” she says.

“However, the fashion business didn’t quite work out – it wasn’t the right area for me – but when we closed it, I still continued with the restaurant.

“During those three years, I managed to find a former colleague who became a very good and trusted business partner. And I’m very lucky that my business partner is still working with me today and managing the restaurant. Whole Earth is Singapore’s first and only plant-based restaurant to receive a Michelin award.” With her restaurant running smoothly, Phyllis decided in 2010 that it could be the perfect time to find out a little more about what her parents, and Armstrong, actually did. So she thought she would spend one or two years helping out to see what she could learn – a decision she confesses was “very simple and naive thinking”.

While her parents happily welcomed her with open arms, Phyllis quickly realised that she had dramatically underestimated the scope of the operation going on at Armstrong. “I’d be lying if I said the first few years for me weren’t a shock,” she laughs.

“There was a lot of learning to be done. On my first day, I thought I’d check who our customers were – the simplest way to start.

And I discovered that we had hundreds, literally hundreds, of industry leaders across the Group, from Mercedes-Benz and Toshiba to Sony, Seagate, Western Digital and Panasonic – all the top brands that everybody knows. And, by this point in time, we were in six different countries.

“Being new to this and finding out what my parents really did, I must say, I developed a new kind of respect for them, not just as parents, but also as business leaders. They grew up so poor and built a US$200 million business, which has been publicly listed for 20 years. So from that angle, I had new admiration for what they’d gone through, and it really made me understand that it was a business worth protecting. I realised I couldn’t just treat it so lightly.”

Phyllis’s parents, Gilbert and Patricia Ong, founded Armstrong Industrial Corporation in the mid-1970s, with Neil Armstrong, the first person to land on the Moon, acting as the inspirational namesake of the company.

Initially, they concentrated on trading and also providing technical solutions in noise, vibration and heat management across several industries, including automotive, industrial, consumer electronics and health care. Today, Armstrong offers a vast range of solutions with an overarching focus on innovation, which sets it apart from its competitors.

“We have something called our ATOMIC team, which stands for Answers for Tomorrow Innovation Centre,” Phyllis explains.

“In the past two years, we’ve recruited scientists and designers, have even passed animal trials and are going to start human trials soon. Just a few years ago that would have been impossible for a business doing what we do, selling foam and rubber. It’s not in our world. We’re also investing in the healthcare and medical industries.

“For a long time, our core business has been automotive and consumer electronics, but in the past few years, we’ve been expanding into other areas. We’re having our own breakthroughs in material development, and all of these changes are generating excitement and hope, and getting the organisation and the people future ready.”

Once Phyllis had adjusted to life at Armstrong, she set to work implementing strategies and a shift in mentality that would safeguard the company’s ongoing success. “I knew that the only future-ready way was to move towards transforming and evolving to become more data-driven rather than overly dependent on personal judgement calls,” she says.

“As a medium-sized regional company, we were still relying a lot on people’s experience, which is important, but by increasing the quality of a data-driven system, we could work towards becoming a more multinational corporation. We needed a new kind of system with a new kind of mental state, new values and new alignment of culture. It’s vital to have a dialogue with employees so that they know which direction we’re heading in.”

And while Phyllis originally intended to stick around for a couple of years, last year she was promoted to Group CEO at the same time as celebrating her 10th anniversary with Armstrong.

I’m very proud that we have always given everybody fair opportunities so that, if they are willing to work hard and contribute, they’ll succeed with us.

What began as an experiment has now turned into her life’s work – enhancing a company whose core values align nicely with her own, and ensuring that they continue to change the world for the better. Indeed, even before Phyllis joined the company, Armstrong heralded the importance of diversity within the team.

“I’m very proud that we have always given everybody fair opportunities so that, if they are willing to work hard and contribute, they’ll succeed with us, which should be the case in all workplaces,” she says.

“Our strong company culture started with my father. He’s always stood for the idea that if you have the competencies and determination, and the right value system, it doesn’t matter whether you’re male or female, young or old. Even when I was a child, he always told me to do what I wanted, and that if I believed in it and was determined, then I would be successful.”

Today, 35% of Armstrong headquarters’ leadership team are female, and while Phyllis acknowledges this is not common in precision engineering, it was not about ticking a diversity box, but rather, about finding the right people for the jobs. “This industry is mostly male-dominated,” she reveals.

“So to have a third of our leadership team as female is a bit unusual, but it’s important to be diverse, to get different views. It’s not just about being politically correct, it’s more that you have to mean it.”

Indeed, as a trailblazer in her field and a woman at the top of the corporate ladder, Phyllis has particularly strong views on the importance of supporting and encouraging female leaders, not just in her own industry, but also across the world. “This is probably the best time in history to be a female leader, or female in general,” she says. “Technology and globalisation have provided women with greater opportunities to discover and realise their interests, talents and capabilities. And as many more women are better educated, they’ve also gained the confidence to speak up and express their beliefs. There’s a collective consciousness now that there is no reason for women not to excel, and we need to stand up for ourselves and put our foot down if we need to. Anyone with determination, anyone who has put the effort in, should be able to find a fair place in the world. This is something that I feel very strongly about. The point is we have to learn to respect each other and give people equal opportunities.”

Phyllis explains that today, perhaps even more than ever before, she feels a deep responsibility for Armstrong and upholding her parents’ legacy. So much so that she favours decision-making that will set up the company for long-term success, irrespective of whether she’ll personally be able to reap the rewards in her own lifetime.

“I don’t regard myself as a strong or successful leader yet,” she concedes. “I believe that only time will tell. But I have learned a lot from my father’s leadership philosophy – you have to be very determined, lead with strong integrity and values, and not be afraid to step down when you know this is right for the company, the people and for yourself. They’re very simple values but, in practice, are much harder than what they appear to be.

“As a second-generational leader, I think it’s important if I want to see this become a 100-year-old company and beyond that I ask myself what seeds I can plant today that will lead to this. It’s about what I can leave behind after my tenure. I may not be the one who is going to enjoy the fruit, but that’s the reason I’ve been appointed Group CEO.

“It’s important that, as leaders, we’re looking at the symptoms and root cause, asking what we really want and what’s important, because if you just press people to chase numbers, you might be forcing people to do the wrong thing and attracting the wrong kind of people. That’s not what it’s about at Armstrong.”

Now, looking to the future, Phyllis is excited about Armstrong’s prospects – and is determined to pave the way for a business that will continue to expand and evolve. “Every day, I get up and am excited to do things the right way,” she enthuses.

“It’s not about delivering the biggest deals or highest profit because, to me, getting good customers and growing sales and profit is the end result of doing things right. Doing the right thing is our sustainable goal.” 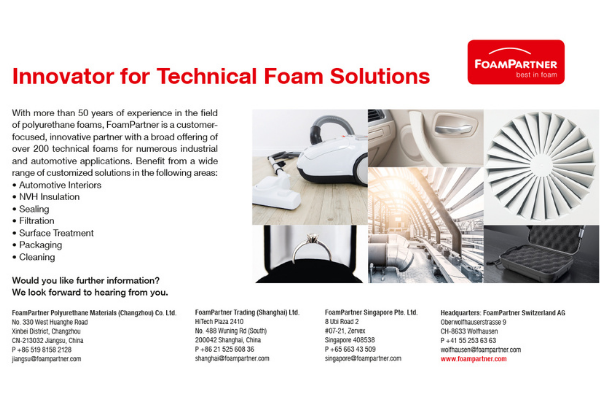